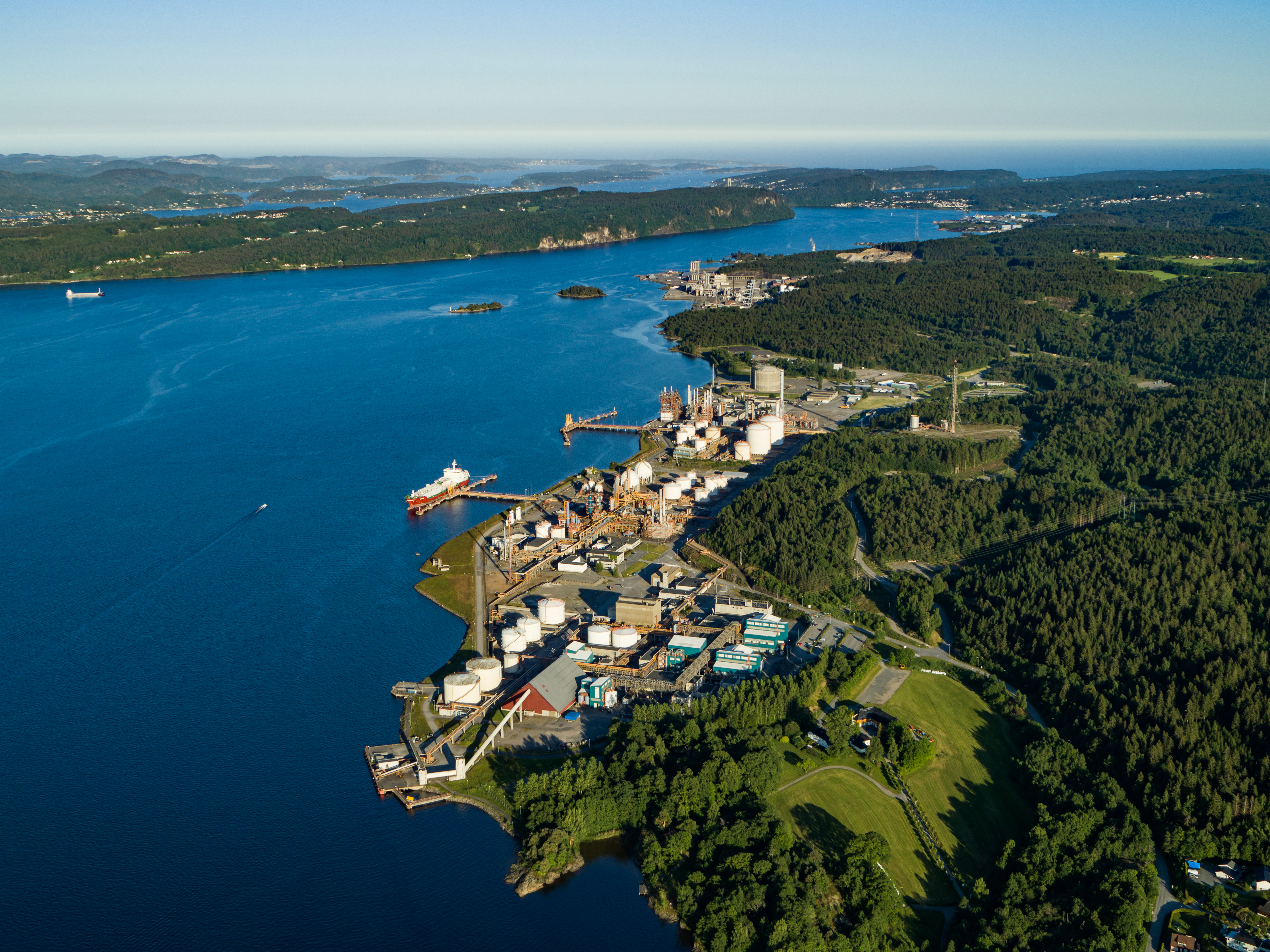 INEOS, through its subsidiary INOVYN, plans to build one of Norway's first hydrogen plants based on water electrolysis at Rafnes in Vestfold and Telemark. The pre-project will now receive NOK 10 million in funding from Enova.

"Green hydrogen represents one of our best chances to create a more sustainable and low carbon world and the project at Rafnes, named project Aquarius, is an important part of INEOS' strategy to take a leading role in developing industrial-scale hydrogen manufacturing” says Geir Tuft, CEO of INOVYN.

"Enova supports tomorrow's energy and climate technology. Emission-free hydrogen is an energy carrier that has the potential to play an important role in a low-emission society and can contribute to Norwegian industry reaching its climate targets by 2050", says Nils Kristian Nakstad, CEO of Enova.

INOVYN is part of the INEOS Group and it’s a major player in the Norwegian petrochemical sector. At the Rafnes site INOVYN produces caustic soda, chlorine and vinyl chloride monomer. The Company plans to build a 20MW electrolyser that will produce pure hydrogen and oxygen using electrolysis of water, based on green electricity. The project will reduce CO2 emissions by 22,000 tonnes and it will reduce the carbon footprint of INEOS businesses in Norway.

"Aquarius will be our first major hydrogen project and an important step to achieve INEOS' goal of zero emissions by 2050", comments Geir Tuft.

"Enova supports those who take the lead in technology development. Norwegian industry has already done much to reduce its greenhouse gas emissions, and for many industries, further reductions require a long-term and strategic commitment to new technology. INOVYN is a good example", says Nils Kristian Nakstad at Enova.

"The Aquarius project is the first of a series of specific projects that form a well-defined decarbonisation road map for our plants in Norway. We are targeting to be an early mover with a minimum 30% reduction within 2030 vs 2020. The announced support from Enova is crucial to be able to find solutions to the technical risks", says Rodney Ishak, Site Manager for INOVYN in Norway.

Technology development in the project lies in integrating the water electrolyser without interfering with the core petrochemical process. The project requires that individual technologies such as water electrolysis, oxychlorination and the fuel gas system are working together with high reliability. This will require innovation, testing, development of new models and systems for advanced process control.

"It is not currently profitable to produce green hydrogen, in order for this to become competitive technology in the future, both investment and operating costs must be reduced", says Nakstad.

Hydrogen for the transport sector

Initially, Enova supports the pre-project with NOK 10 million. INOVYN is preparing a main project to buy an electrolysaer to produce hydrogen and oxygen. As a follow up to the main project, in addition to designing and installing the water electrolysis unit INOVYN has announced it will also look at the possibility of producing hydrogen for the transport sector.

INEOS has announced it intends to invest more than €2 billion into electrolysis projects to make zero carbon, green hydrogen across Europe. Its first plants will be built in Norway (Project Aquarius), Germany, Belgium with investment also planned in the UK and France.

Enova works for Norway's transition to a low-emission society. The restructuring requires that we cut greenhouse gas emissions, contribute to technology development & innovation, and create new values. That is why Enova works to ensure that new energy and climate technology is developed and put to use in the market.

Enova SF is located in Trondheim and has 80 employees. The Company is owned by the Ministry of Climate and the Environment, and is financed via the Climate and Energy Fund and a small cost surcharge on the electricity bill. Enova SF | Livskraftig forandring | Mynewsdesk